Cupcake Love: Baking Up a Party

Making birthdays special is something my mom has always been good at.

From the time I was able to express my opinion, my mom let me choose the menu for my birthday. Dinner was usually either fried chicken, mashed potatoes, and green beans, or as I grew older, lasagna, or some other Italian staple. But for dessert, the possibilities were as wide as my imagination.

Though my memory is fading, I still remember blowing out candles over butterfly wings made of coconut dyed in pastel colors, puppy-dog lips and ears shaped with shoe-string licorice, and a clown hat decked out with gum drops.

As I got a little bit older, the cut-up cakes weren’t nearly as appealing as the airbrushed bakery cakes with plastic decorations and neon frosting. And I’m sure picking up a cake at the bakery department of the local grocery would have been easier for my mom. But I don’t think she ever regretted the time spent baking and cutting and frosting and decorating.

Those cakes were a labor of love.

Since I don’t have children, I haven’t had the chance to bake up a good birthday party for my own kids. But this past weekend, my little brother and his girlfriend gave me the best gift of all for my nephew’s one year birthday: they let me bake the cupcakes.

They were having a beach party theme, and before Stacy even finished explaining it, I had a vision of beach ball cupcakes.

In the days before the party, I made three trips to the store, buying ingredients for three different recipes. I wanted everything to be perfect. The morning of the party, I carefully measured the ingredients, being careful to stir and mix and pour exactly as the recipe suggested. The batter looked perfect, and as I placed the loaded tins into the oven, I imagined all of the compliments I would receive.

Before the timer even went off, I knew something was wrong. Was that smoke I smelled? When I opened the oven and saw the batter rolling off the top of the pan onto the over floor, I knew my bread-flour substitution had been a mistake. Should I give up and just make a run to the bakery? I wondered.

When the cupcakes were finally done baking, I scraped off the edges and pieced together a few of the most deflated ones. After they had cooled and I spent two hours decorating with a frosting bag and tips, I prematurely ran out of cream-cheese frosting. Three cup cakes would have only white frosting rather than beach ball stripes. I was again close to calling it quits.

But throughout the process, I thought of those cut-out cakes of my childhood, and that beautiful little boy celebrating one year of life, and I realized that it wasn’t really about the cupcakes. It was about the love.

I breathed a little easier after I arrived at the party with 23 decorated cupcakes, plenty for all the guests that were there. And Asher didn’t disappoint, giving us the whole experience we were anticipating by smashing the cupcake with his hands, then stuffing the it in his face, before eventually finishing off the whole cupcake on his own.

Watching my little buddy sitting in the high chair with cupcake frosting stuck in his hair, I was reminded that food really is about more than just eating. It’s also about celebrating life and showing people how much we love them.

If you would like to bake up a party for someone you love, here is a link to the cupcake recipe I used for baby Asher’s birthday party. (Do NOT substitute bread flour for the cake flour, however!) 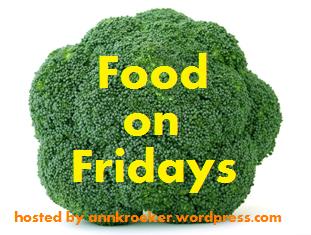 Today, I am joining Ann Kroeker for Food on Fridays when she discusses all things food. Since I am a bit of a foodie myself, I plan to join her discussion often. Stop by and visit her yourself, too!

This site uses Akismet to reduce spam. Learn how your comment data is processed.

Ready to Chase Wonder with Me?

Subscribe to The Wonder Report, my free subscription site that includes a weekly newsletter, along with monthly essays, Wonder Lists, conversation starters, and more. All designed to help you chase wonder in both the grand plans of life as well as the everyday moments.

We use cookies on our website to give you the most relevant experience by remembering your preferences and repeat visits. By clicking “Accept”, you consent to the use of ALL the cookies.
Cookie settingsACCEPT
Manage consent

This website uses cookies to improve your experience while you navigate through the website. Out of these, the cookies that are categorized as necessary are stored on your browser as they are essential for the working of basic functionalities of the website. We also use third-party cookies that help us analyze and understand how you use this website. These cookies will be stored in your browser only with your consent. You also have the option to opt-out of these cookies. But opting out of some of these cookies may affect your browsing experience.
Necessary Always Enabled
Necessary cookies are absolutely essential for the website to function properly. This category only includes cookies that ensures basic functionalities and security features of the website. These cookies do not store any personal information.
Non-necessary
Any cookies that may not be particularly necessary for the website to function and is used specifically to collect user personal data via analytics, ads, other embedded contents are termed as non-necessary cookies. It is mandatory to procure user consent prior to running these cookies on your website.
SAVE & ACCEPT